I was in a forest. It was cold and dark and I needed wood because it was almost winter. It was going to be the coldest winter ever. So I went to the local forest in the morning because I thought no one would be there. But I was wrong. I didn’t mean to kill her.

I was down at the forest getting wood when I saw someone standing there. Watching. I continued to cut wood. She got closer and closer until she was about ten meters away. I asked her if she was OK.
She said she was fine. Then it hit me. It was the friendly lady from the supermarket but then she got fired. I had been hired in her place and she had never talked to me until today. She has tried to get me fired but it has never worked. It started to rain and the axe got slippery. Next thing there was a big yell. The axe had slipped out of my hands and hit her.

I was so scared I ran home. I had no idea what to do so I slept on it. I did some research about the friendly lady. I discovered on google that all information about her had disappeared. I decided that I was not going to leave the house. In the mail, there was a flyer that advertised a wood cutting day in the forest for all the villagers. I decided to make a plan to try to stop them getting into the forest. I couldn’t have anyone finding the body. It would be bad news for me.

The next day was when the people were going to get wood. I cut a tree down on the road to stop them but they cut it up. I cut four trees down to stop them. I also put old broken cars at the entry to the forest. They called the fire station to move the cars out of the way. When the fire trucks were getting there I moved the body to a big bush. I started to make a fire so they can’t see me move the body through the smoke.
Once the villagers had moved the cars, they started to cut the trees. The fire is not working so I go home and get some wood. I came back to the forest. I put the wood on the fire and it roared to life. I put it out so I could wait until the fire trucks had left. I waited for an hour making sure no one came over to the bush. One person came to see if I was ok and I was. The fire trucks had left so I started the fire again. The smoke went everywhere. I grabbed the body and ran to my truck and drove off to my holiday house.

I put the body under my deck until I can figure out what to do. The fire from the forest had grown so fast and big. I had to go and help the fire brigade. I decided that I will keep the body until the fire has finished and say that I found her in the burned forest.
The fire was still going and it was getting close to my house which has the dead body in it. The fire brigade tried to stop the fire, but it couldn’t. The fire roared. The fire began burning the deck at my house and they told me to put it out. I didn’t try to stop so it would burn the body which was under it. The deck was the only part of the house that got burnt and no one has found the body.

Last week the year 7 and 8 s went to tech in town. We did laser cutting and made Christmas decoration on Monday. Then we began to make a notebook. I had a dog face on it with the word Food. We had to go on to google drawing and we put shapes on a animal so when we moved it. It looks like the animal. On Thursday we made badges with light. Mine was a triangle on it. Mine lights were orange.

One day two men named Alex and John went to a pub at the same time. Alex and John are not friends, they used to be, but John robbed Alex’s house. Alex always goes to the pub. When Alex seen John come in he thought to do payback. John order his then went to the toilet so Alex poisoned Johns drink with rat poison that he has in is pocket because he had to kill the rats in has room. John drunk his drink and he felt really ill. Alex was very happy that John had payback from robbing him.

At camp we did coaststeering. You have to wear a wetsuit and you have warm clothes on under. You also had to wear. You could see waves crashing up against the rocks. Some rocks were made by a volcano that had touched the water to form rocks. When you got down to the beach from the road you can see a lot of shark eggs skated all over the beach. You can see rocks all around you that you will begin to climb around. When you get to papa bear you can see people jumping off it again and again. You can smell sea salt all around you. You can smell the sea weed when you climb out of the washing machine onto the rocks. You can taste the sea salt when you jump off the rocks into the water but it does not taste that good. You can hear the waves crashing on to the rocks and the splash of the water when people jump off the rocks into the sea. You hear the bubbles rising once people have jumped. You can hear people screaming as they jump off the rocks but other people are laughing as they jump. You touch the slimy and hard rocks as you climb up to the jumps. You touch the seaweed as you get on to the rocks. We are doing coaststeering because it is one of the activities we choose to do. Coaststeering is next to the sea so you can jump off rocks into the water. I am doing this with the people in my group. We walk around rocks and jump off then into the water. You can get to a warm pool made by the sea rising into a small pool and the sun warms it up. We did it in the afternoon on Thursday. It was warm but once we started it began to get cold. We had to carpool to get there. The instructors lead us around the rocks If it was not for the instructors we wouldn’t have done it with out them. 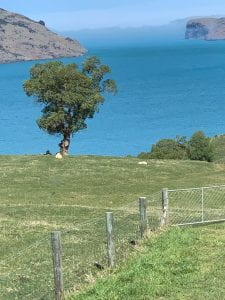 Term 3 is our first full term. We have had hockey skills and youth town has our PE. I have in got quicker in my reading it. We have gone to tech I was in food and we made cakes and sushi. The year 7 and 8 when on a ice skating and curling.  We have been doing basketball and our team is in the finals this Wednesday. I have improved in putting more detail in my writing.

Damian McKenzie is my hero because he is a great kicker. He has a great side step on him I have looked up to him for 3 years. He plays for the chiefs, all black and Waikato. He plays full back and first five I want to play the same position as him. He grow up in gore and went to a high school in Christchurch.

On Friday the year 7&8 went to the ice skating rink in Dunedin. First we did curling what is very fun to play if you get it. I got the stone into the house on the ground. Next we did ice skating I have gone before by I had forgot how to. I go the hang of it in end. I could go faster with a thing you can push in front off you. If you have not gone curling or ice skating you should.

Last weekend I went on a rugby tournament to Wanaka. The first game we were playing Alexandra and we lost there wingers were very fast. They did not lost a game but they lost in the final. We were the team that scored the most points against them. The next game we lost but it was closer. We lost all our games but I was happy we scored the most against Alexandra. 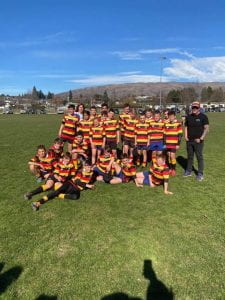 Last week the year 7&8 went to ois. I was in food the first day we made quiches I thought all of my food would be very bad. It came out alright when it was ready.  The next day we made small cakes and we tried new flavor. On the last day we made sushi I did not wont to roll it because I did not want to stuff up. But it did ended up good.